Detroit’s West Side (6:30AM): Detroit Fire was dispatched to 24587 W 8 Mile early this morning on reports of a commercial building fire.

Companies discovered a gasoline can on the roof of the building with fire in the vents. Companies also noted the strong smell of gas on the scene.

Arson investigators were notified by Battalion Chief 4. Dispatch audio is below.

The fire was reported in the basement in an occupied 3 story apartment flat on Glendale & Rosa Parks at 11:58 PM, Tuesday evening.

2 adults and 5 “teens” were conveyed to local hospitals by Detroit EMS. Reports indicate the adults jumped from windows to escape the flames/smoke.

A Detroit Firefighter also received burns to his neck and face, was conveyed to a local hospital and later released.

DPD/DFD Arson was also dispatched to the scene on reports of a possible arson. Arriving DFD companies noticed a “disturbance” and “fisticuffs” at the scene.

Residents were observed “upset” at 2 other residents.

The firefight lasted into the wee hours of Wednesday morning. The Red Cross also made the scene in support of the 30+ displaced residents. 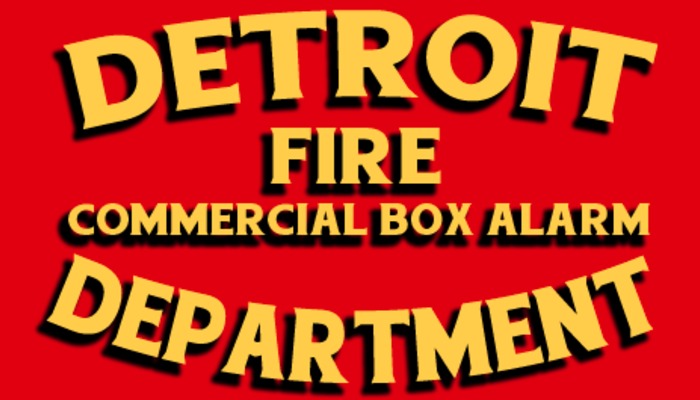 Detroit Fire’s Engine 17 responded to a “Still Alarm” to check for smoke @ around 7:00Am Easter morning.

Upon arrival, Engine 17 found smoke but was unable to locate the source.

Additional companies were dispatched through a Commercial Box Alarm.

Chief 5 reported a fire on the 6th floor in an apartment at the rear with other companies reporting fire on the 7th. Fires were quickly extinguished.

5 civilians were injured during the fire including 1 female who suffered critical injuries when she reportedly jumped from the 7th floor.

Her injuries included a broken pelvic bone and two collapsed lungs. She was conveyed by DEMS to Detroit Receiving Hospital.

All patients were conveyed to area hospitals by Detroit EMS Medics.

Detroit: Dispatch audio from today’s multiple alarm on Detroit’s east side. A fire broke out earlier today at around 1:30PM @ 10521 Whittier.

Battalion Chief 9 and the 9th Battalion were dispatched to Whittier & Beaconsfield on reports of a dwelling fire. Engine 58 made the scene and started putting water on the fire (stretching).

Battalion Chief 9 requested a 2nd alarm @ 1:37PM. There were reports of trapped civilians with some civilians “jumping from windows”. Detroit EMS was also dispatched to the fire scene.

Multiple fatalities were recorded. At last count there were 5 fatalities and 4 injured.

Detroit Police evidence techs were also dispatched to the scene for a “fatal arson” scene. DPD did take a person of interest into custody following the fire, later arrested for the arson. 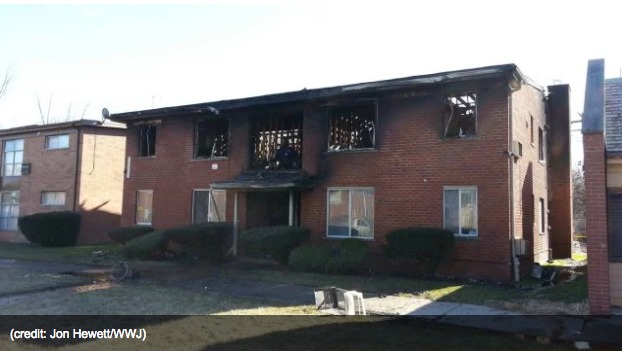