At 8:58AM Engine 56 notified Detroit fire’s central dispatch that Detroit EMS was needed on the scene. Detroit Fire Chief 8 reported they had a squatter in the home, identifying the squatter as a DOS (Dead On Scene).

Battalion Chief 8 requested Detroit Police and Detroit EMS to the scene and made contact with a unit from DPD/DFD Arson.

Detroit EMS had been dispatched at 08:59am for standby and arrived at the fire scene at 9:06am with a Detroit Police unit from the 11th Precinct.

Detroit police are investigating the incident. Sources state the victim may have been murdered before being set ablaze, we’ll see.

Dearborn, MI. – At approximately 9:23 am on December 13, 2018, Dearborn Police received a 911 call for a bank robbery in progress at the Huntington Bank in the 5200 block of Oakman, near Michigan. The caller relayed that the female suspect had indicated “they were watching,” and she was forced to carry an explosive device. She was given money and she left the area in a white sedan.

At approximately 9:48 am, the Huntington Bank in the 22000 block of Michigan Ave called 911 and stated that a female had just robbed the bank with a note indicating an explosive device. She left the scene in a white sedan.

The description was broadcast and Dearborn patrol officers located the vehicle on Michigan Ave near Southfield. A traffic stop was made and two suspects were detained pending further investigation.

The Dearborn Police Bomb Squad was called to the scene and ensured that there was no explosive device in the vehicle.

After speaking with the vehicle occupants, two arrests were made and the vehicle was impounded.

The investigation is still ongoing as Detectives responded to both banks to speak with witnesses and review video footage.

Dearborn Police Chief Ronald Haddad stated, “Due to the information provided by witnesses and the quick actions of our officers, the suspects involved in these incidents were successfully taken into custody. I commend both the witnesses and the officers involved for their efforts.”

Detroit: Peaceful and relaxing feelings were shattered at the House of Zen Marijuana Dispensary yesterday.

Two armed bad guys met two armed security guards at the House of Zen on Detroit’s east side Saturday afternoon, 24 November 2018. The marijuana dispensary at 14501 Mack (5th DPD Precinct) saw the 2 groups exchanging gunfire at around 5:44PM. Detroit Police received information that one of the security guards had been shot.

Further investigation by units on the scene revealed the guard had GSW’s to the arm and chest. He survived. The second security guard exchanged gunfire with the two bad guys, it’s unknown if the second guards shots took effect on the bad guys and the guard walked away unharmed, very Zen.

The suspects escaped the scene in an older model two-toned Chevrolet Silverado, described as having black lower panels and beige upper panels. No description of the suspects were given. Suspects were last seen driving north on Marlborough St.

Those peaceful and easy feelings are slowly returning to the House of Zen.

Any information on the suspects, drop a dime and call the Detroit Police. 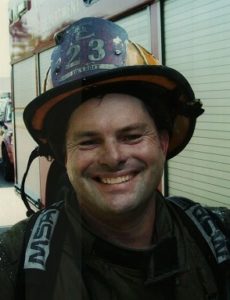 Last Call for Detroit Fire’s Senior Firefighter/Acting Sergeant Michael J. Lubig. Engine 58’s Firefighter Lubig died late in the evening of November 12, 2018. FF Lubig was detailed to DFD’s Squad 4 when he suffered a heart attack. FF Lubig responded to 3 fires and a medical aid on the evening of his death. FF Lubig, a second generation Detroit Firefighter, leaves behind a wife, 4 children and grandchildren. He was 46 years old. 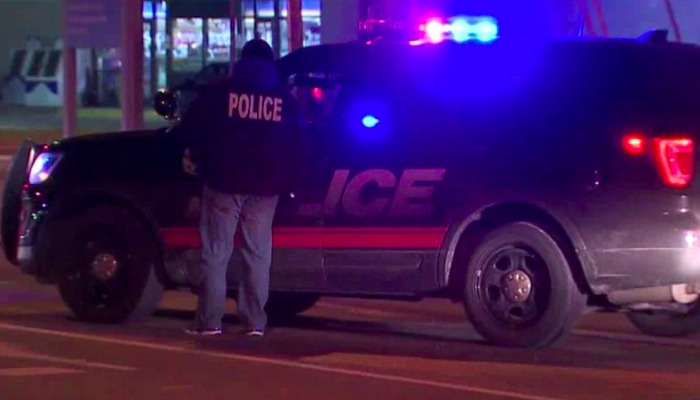 Norton Shores PD, Michigan: Arrests of four Detroit residents have been made in connection to a fatal shooting that occurred on Dec.29 2016.

The collaboration of local, state, and federal agencies in the investigation of the fatal shooting of Deangelo Pippen that occurred in December of 2016 was instrumental in obtaining indictments on four Detroit area suspects.

Mr. Pippen was shot while driving a car in Norton Shores at the corner of Henry and Norton Ave. He then crashed his vehicle in Muskegon Heights after he succumbed to his injuries.

The indictment, which was unsealed yesterday in the Eastern District Court of Michigan, says the defendants conspired to murder the victim on December 29, 2016.

The Norton Shores Police department has and will continue to work with all its Federal and State partners on this investigation as well as others to provide justice for the families and victims of these horrendous crimes.